So here it is, the cover for my new book, finally revealed. Whales and Strange Stars. Now then, people say to me, that’s an intriguing title. What on earth does it mean? Is it about whales? Or, Heaven forfend, whaling? The short answer is no. Allow me to explain: the story begins with a sea captain passing through a sleepy riverside ferry crossing. While he waits to continue his journey, he fills the time by telling his traveller’s tales to the young girl who lives there. He tells her that the stars are different, if you sail far enough; he tells her about great oceans and the creatures that live in them, and many other wonders, too. For the girl, who has never travelled away from home, or even seen the sea, the whales and stars come to symbolise adventure – the wide world she longs to explore. And that is how the book got its name. So you see, absolutely no whales were harmed, or stars displaced, in the writing of this story. 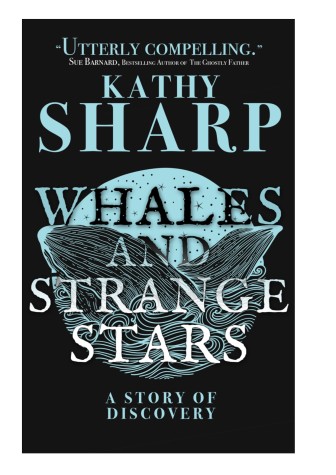 For all that, it isn’t an easy title to illustrate, being a metaphor.  We have taken the literal approach, as you see, with actual whale and stars in a woodcut style that suits the 18th century setting of the story. It’s a tale of secrets and betrayal, and the stark contrast of colours suits that, too.

My thanks go to Crooked Cat Books for such original and striking artwork. I hope readers like it as much as we do.

5 thoughts on “How the Book got its Name…”